Justice Is Not A Wrongful Conviction

Justice Is Not A Wrongful Conviction
#TheLittleGirl Raped at The Age of Two In Athens, Georgia
By Nancy Lockhart, M.J.

In a southern college town called Athens, Georgia, an African American child (#TheLittleGirl), was raped at the age of two for an extensive period of time in Athens, Georgia. The exact time frame? We're uncertain. We are certain however; that District Attorney Ken Mauldin sat on the executive board of a non profit known as The North Georgia Cottage. A 501(3)C with a mission statement that reads, "The Cottage provides intervention, advocacy, referrals, and support for survivors and families impacted by child abuse and sexual assault. The Cottage also raises awareness and provides prevention education about these issues." #TheLittleGirl was provided services at this non profit agency and they too, dropped the ball. The Department of Children and Family Services sent the child to The Cottage to be examined and interviewed after the rape. Within this interview the child named one of the rapists.

The victim child named and graphically described what was done to her. On August 17, 2012 I briefly spoke with The North Georgia Cottage Executive Director who requested a signed "Release of Information" form by the adopted mother, to discuss the case with me. This was expected, however; the mother completed the form and Executive Director Salley Sheppard never responded to my phone calls, e-mails or facsimiles afterwards. In experiences of fighting for justice, I've noticed that most individuals don't return calls or, e-mails when there is something being swept under the rug. While I prefer to sweep things into a dustpan or, vacuum them up – others quickly sweep under the rug and many times that rug is large enough to conceal lot's of other sweepings. In the year 2012 we were denied an incident report. The following report was obtained in 2013. Incident Report Number CRN 01-08-12-0812 Dated from 10-01-08 to Date 10-15-08 Aggravated Child Molestation Code Section 16-6-4. The incident report proves that #TheLittleGirl was raped five years ago – at least during the age of two. Further research and investigations may prove earlier dates of aggravated molestation. During such time, Sexual Assault Center of Northeast Georgia, Inc.'s 2009, federal tax return shows that Ken Mauldin was a board member.

The Sexual Assault Center of Northeast Georgia changed it's name to The Cottage, Sexual Assault Center and Children's Advocacy Center in October of 2008, according to their website (www.northgeorgiacottage.org ). The Cottage Sexual Assault Center's federal tax returns from 2010, lists Ken Mauldin as a Director; while; the Re-Elect Ken Mauldin website shows him seeking re-election for District Attorney Tuesday November 2, 2004. Mauldin is currently the District Attorney and according to the Athens Clarke County website, " The Office of the District Attorney serves primarily as the prosecuting attorney in the Superior Court of Athens-Clarke and Oconee counties. In Athens-Clarke County Georgia, the district attorney is responsible for the prosecution of all criminal cases involving at least one felony charge. Additionally, there is a responsibility to pursue, when appropriate, certain civil actions such as RICO (Racketeer Influenced and Corrupt Organizations Act), drug, gambling, and bond forfeitures." Where Exactly Does Corruption Lie? Who Exactly Dropped The Ball and Why? Since 2008, there have been approximately five officers shifting responsibilities within a dormant investigation. Approximately one year ago, a retired GBI officer was assigned. This past spring (2013), another officer has been assigned to the case. The retired GBI officer stayed in communication with me as well as, the adopted mother until the case was shifted to the fifth detective. That detective refuses to communicate. #TheLittleGirl gave vivid explanations about her abusers and her torturer.

The Department of Children and Family Services found enough abusive evidence to remove her from the home of her biological mother and grandmother. The police did not make arrest(s). Report Of Aggravated Sexual Abuse By Physician The Biological Mother Took Child To Physician Physician Reported Abuse. The Physician Remains Ignored and Police have ignored the Adopted Mother For Years The Media Continues To Ignore Adopted Mother Counselors State That, Child Needs Prosecution For Recovery Child Wants To Know Why When Children do bad they go to time out - Adults do bad and nothing happens. Poor Children Don't Own Wooden Rocking Horses – Sir! After many campaigns to bring justice for #TheLittleGirl, detectives invited the adoptive mother and her guests to a meeting on May 21, 2013. Detectives started by saying that their independent doctors concluded that injuries to #TheLittle Girl were possibly obtained from falling off of a wooden rocking horse.

Poor children do not own wooden rocking horses - Sir!

Medical determinations from the child's physician and the child's statements remain ignored. Athens-Clarke County Refused Independent Polygraph One man in question has asked for a polygraph test. This man is #TheLittleGirl's biological father. She stated information which actually sounds coached by her biological mother in reference to her father. She gives graphic details and names the individuals who raped and tortured her. I'm actually wondering if the biological mother had not coached her to protect mother and grandmother's boyfriends. Her story hasn't changed and she could not have made this very graphically, descriptive information up. The biological father adamantly states that he did not rape his child. ( He would like a private polygraph test). He was recently convicted of another crime and there appears to be a rush to charge him with the rape of #TheLittleGirl, his daughter. As a result of the father's request for a polygraph, I located an expert who agreed to an independent test.

The Little Girl did not give vivid details of her father however; she did give graphic details of rape by an additional man and torture by yet another. She very descriptively explains rape and torture as well as, the men who did it to her. Her story regarding the rape and torture has not changed. Athens- Clarke County Police Department , under the direction of Chief of Police Joseph H. Lumpkin Sr, has refused to cooperate with an independent test and the cooperation of the police department is needed. In researching years of service, I would imagine that Chief Lumpkin is nearing retirement. I feel very sadly for him as I wouldn't want to leave behind, a legacy of doing absolutely nothing about the rape of a two year old baby within a five year investigation. Four of those years being dormant under his leadership. Why Did Athens-Clarke County Refuse An Independent Polygraph? Please visit #TheLittleGirl's blog (www.wedemandjustice.org)
Posted by Nancy Lockhart at 2:00 AM No comments:

(BlackPressRadio.com) – The godmother of the four-year-old boy who beaten to death by his father’s new transgender “girlfriend” tells BlackPressRadio.com that ACS goes out of its way to hurt Black families and makes it impossible for parents to get the help they need to be able to keep their children or to be reunited with their kids. “

ACS claimed that they were trying to help [Myls' mother Ashlee] remain with her children, but I don’t believe that. They never offered preventative servcies. They wanted to keep the child in foster care because that’s where the money is,” the godmother said. “ACS wasn’t doing a good job.

I remember when that little girl Nixmary got killed. They call themselves cracking down when she was killed and but the poeple who they should be taking their kids. They don’t take their kids. Like this monster who murdered my godson. These people are killing innocent children,” the godmother said. She says ACS tricks parents and “makes them jump through hoops and diagnosis [parents] with having some kind of mental illness. I don’t think it’s fair.”

Myls Dobson’s family is seeking help to bury Myls and feel ACS should step up to pay for the cost to bury the child.

Myls Dobson was found unconscious in the bathtub of a Manhattan high-rise on Wednesday morning after allegedly suffering abuse at the hands his caretaker, 27-year-old Kryzie King, for three weeks. The little boy had lost 14 pounds in 18 days – leaving him weighing just 37 pounds – after he had not been given any food since December 26, 2013, DNAinfo reported.

King later allegedly told police that she had beaten the boy with a belt, locked him outside in freezing temperatures in nothing but his underwear and burned him with cigarettes to discipline him.
Posted by Nancy Lockhart at 8:29 AM No comments:

Fight For Travion Blount. Mail a letter or send an e-mail.

"Travion Blount's punishment may be the harshest in America for a teen who didn't commit murder. The 15-year-old robbed a Norfolk party with two older gang members. He hurt no one. His friends got 10 and 13 years. But as it stands, Blount will die in prison."http://hamptonroads.com/blount 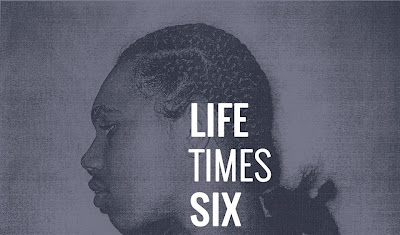 Ask that Travion Blount is given a conditional pardon for the excessive, cruel and unusual sentence that he has received. In the State of Virginia -" 2. A Conditional Pardon is available only to people who are currently incarcerated. It is usually granted for early release and involves certain conditions; if you violate these conditions, you could be put back in prison. There must be extraordinary circumstances for an inmate to be considered for such a pardon."     From Clemency Website.
Posted by Nancy Lockhart at 7:45 AM No comments:

Posted by Nancy Lockhart at 4:37 PM No comments: